Fedora Core is an operating system and platform, based on Linux, that is always free for anyone to use, modify and distribute, now and forever. It is developed by a large community of people who strive to provide and maintain the very best in free, open source software and standards. Fedora Core is part of the Fedora Project, sponsored by Red Hat, Inc.

The Apache HTTP Server Project is an effort to develop and maintain an open-source HTTP server for modern operating systems including UNIX and Windows NT. The goal of this project is to provide a secure, efficient and extensible server that provides HTTP services in sync with the current HTTP standards. Apache has been the most popular web server on the Internet since April 1996.

Postfix is a free open source mail transfer agent (MTA). Formerly known as VMailer and IBM Secure Mailer, it was originally written by Wietse Venema during a stay at the IBM Thomas J. Watson Research Center, and continues to be actively developed today. Postfix was first released in mid-1999.

Dovecot is an open source IMAP and POP3 server for Linux/UNIX-like systems. Developed by Timo Sirainen, Dovecot was first released in July 2002. Dovecot primarily aims to be a lightweight, fast and easy to set up open source mailserver.

RoundCube Webmail is a browser-based multilingual IMAP client with an application-like user interface. It provides full functionality you expect from an e-mail client, including MIME support, address book, folder manipulation, message searching and spell checking. RoundCube Webmail is written in PHP and requires a MySQL or Postgres database. The user interface is fully skinnable using XHTML and CSS 2.

SpamAssassin is a mature, widely-deployed open source project that serves as a mail filter to identify Spam. SpamAssassin uses a variety of mechanisms including header and text analysis, Bayesian filtering, DNS blocklists, and collaborative filtering databases. SpamAssassin runs on a server, and filters spam before it reaches your mailbox. 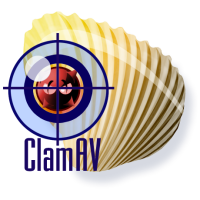 PHP is a widely-used general-purpose scripting language that is especially suited for Web development and can be embedded into HTML.

Perl is a stable, cross platform programming language. Perl is Open Source software. Perl was created by Larry Wall. Perl 1.0 was released to usenet’s alt.comp.sources in 1987.

MySQL is the world’s most popular open source database software, with over 100 million copies of its software downloaded or distributed throughout its history.

JAlbum is a free tool that produces web based photo albums with index pages and slide shows from image folders.

BluPlusPlus is a web photo album layout/skin for JAlbum software to bring your photos live and interactive to web and to create professional looking galleries from your photos.

Webmin is a web-based interface for system administration for Unix.

AWStats is a free powerful and featureful tool that generates advanced web, streaming, ftp or mail server statistics, graphically. This log analyzer works as a CGI or from command line and shows you all possible information your log contains, in few graphical web pages.

World Community Grid is making technology available only to public and not-for-profit organizations to use in humanitarian research that might otherwise not be completed due to the high cost of the computer infrastructure required in the absence of a public grid. As part of our commitment to advancing human welfare, all results will be in the public domain and made public to the global research community. World Community Grid runs on software called BOINC (Berkeley Open Infrastructure for Network Computing, developed at University of California, Berkeley, USA with funding from NSF (National Science Foundation).